If hunting or viewing elk is of interest to you will want to read this full report.

The Pennsylvania Game Commission will be drawing 60 bull elk tags and 118 cow elk tags on Sunday August 21st at 1pm at the annual Elk Expo ELK EXPO There are 3 seasons in 2022. Early Archery, General and Late season. The cost to apply is a mere $11.97 per application. You can choose to just apply for one season or apply for all three for only $35.91. The application deadline is approaching fast 7/31/2022 apply online at PA GAME COMMISSION If you have applied in the past and would like to see how many preference points you have accumulated PREFERENCE POINT TOTAL

If you are lucky enough to be drawn you will want to focus on Elk, Cameron, Clinton, Clearfield, and Potter counties with an emphasis on Elk and Cameron counties. You can choose to do a hunt on your own or hire one of about 5 local outfitters to guide you. With a statewide succus rate of about 97% on elk you are bound to fill the freezer with venison and potentially add a great wall mount. Not to mention have the experience of a lifetime chasing these big critters. 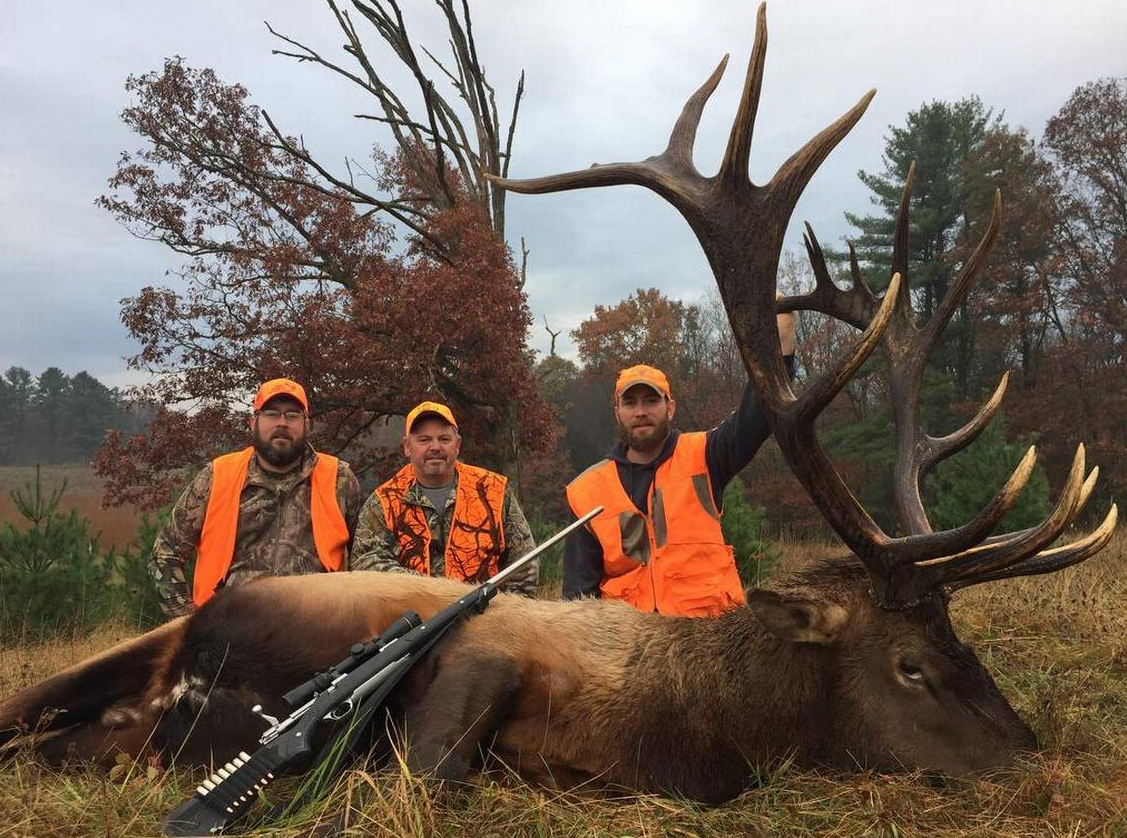 If elk tourism is more your interest, then a weekend trip to northwestern PA is just what the doctor prescribed. A weekend trip is not complete without a stop at the $12 Million dollar Elk Country Visitor Center in Elk County. ELK COUNTRY VISITOR CENTER Be sure to pack good binoculars  SHOP BINOCULARS and be prepared for fantastic scenery. Download the new Cameron County Elk & Eagle Watching Guide featuring descriptions and GPS coordinates for 18 elk viewing locations and 9 eagle watching hotspots throughout the county. ELK & EAGLE VIEWING HOTSPOTS Any time is good for visiting but consider traveling to Elk country during the Elk Expo in August or the Elk Rut in September to hear bugling Elk and see the leaves as they change color. 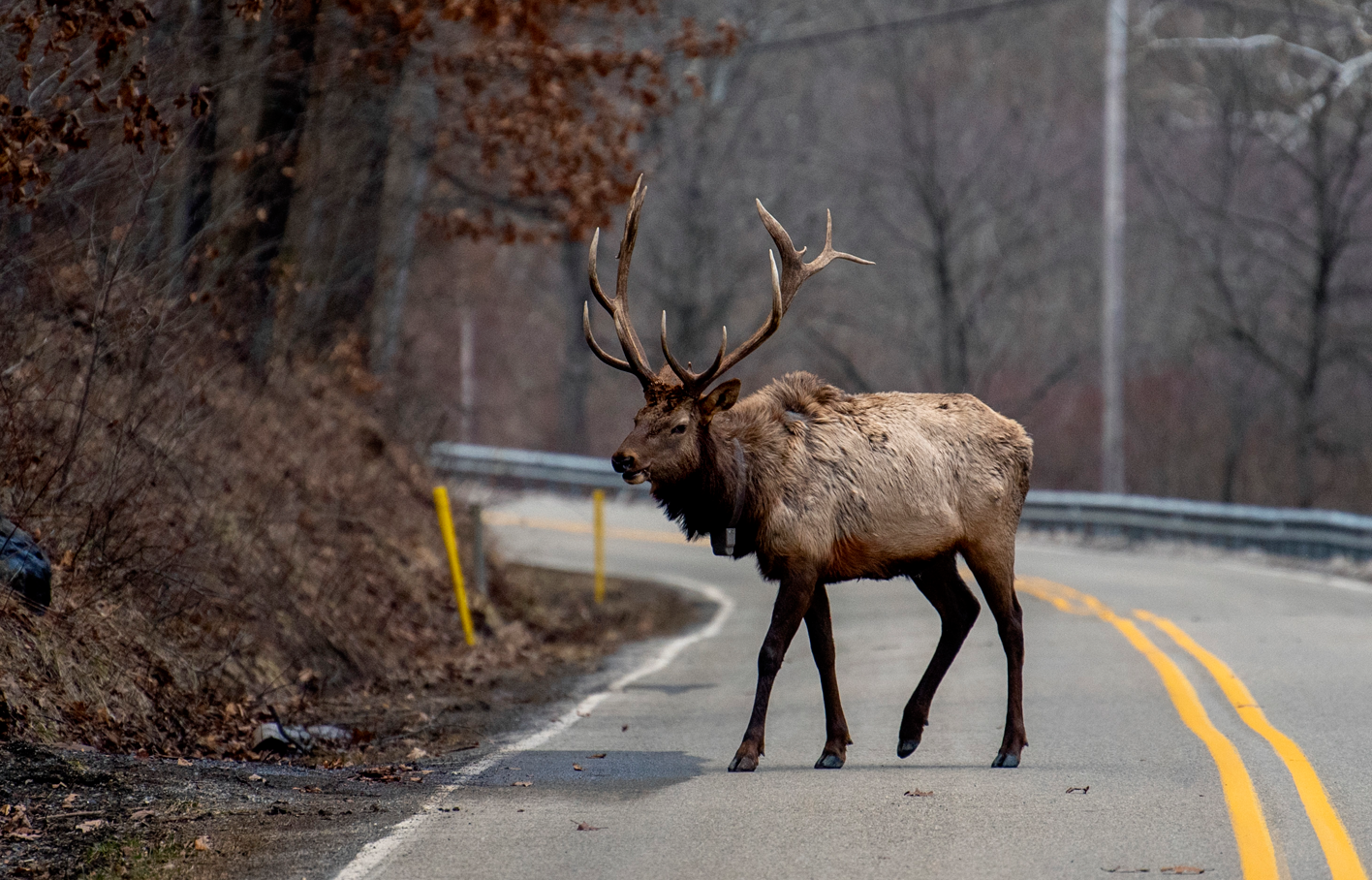 Mid 1870’s – The last known native Pennsylvania Elk were harvested and the species was extirpated from the state.

1913 – Pennsylvania purchased 50 Yellowstone Elk for $30 each that were delivered by train. Half were released in Clinton County and half in Clearfield County. The state agency purchased an additional 22 elk in 1913 from a Monroe County preserve and release 12 on state lands in Monroe County and 10 in Centre County. The General Assembly enacted a law protecting elk until 11/15/1921 after which a 2-week season would be held for bulls with a 4 point antler restriction.

1930- Only 5 bull elk were harvested. The decline was due to poaching, legal hunting and those that were shot because of nuisance complaints. Once again the elk herd only remained in Cameron and Elk counties. The elk hunting season was the last elk hunting season for many years.

1976 – The Game Commission upped its game and developed an elk policy directing the agency to improve elk range on state lands in Cameron and Elk counties.

1982 – The Game Commission announced a lottery for 30 people to be chosen to elk hunt. The decision was not popular in Cameron and Elk counties as residents and farmers were upset at the fact that outsiders would be allowed to kill their elk. They took matters into their own hands and illegally killed 15 elk and 11 more claiming crop damage. The hunt never took place as any animals deemed as surplus had been killed.

1990 - Rocky Mountain Elk Foundation (RMEF) contributed $38,000 toward the purchase of State Game Lands 311, a 1,600-acre acquisition at that time, in the Winslow Hill area of Elk County (near Benezette). In 1992 and 1993, the RMEF contributed an additional $92,000 to help fund habitat enhancements and purchase and erect deterrent electric fencing on areas sustaining substantial elk crop damage. Five- strand electric fence was placed around fields and pastures on more than 550 acres cultivated by six farmers, all areas where elk conflicts were being resolved with a gun. In subsequent years, the number of elk being shot for crop damage declined

2001 – Game Commission holds its first elk hunt in over 70 years. 50,000 plus people applied for 30 tags. 27 elk were harvested. Elk hunts have been conducted each year since with the average number of applicants between 20,000 and 30,000 although the number of applicants has increased significantly in the past several years.

2003 - The Game Commission created a preference point system awarding those people who do not draw extra points for an increased opportunity in the future. In addition, the Game commission discontinued the limit on the number of non-resident tags that may be awarded.

What the PA Game Commission has accomplished in the past 20 years is an amazing success story. This is an opportunity that is bound to please should you be fortunate enough to draw a tag or even just decide to take a weekend drive.