Optics 101 takes readers on the journey of understanding the ins and outs of riflescopes. Of any area in the gun world, optics may have advanced the most over the past two decades. With the proliferation of PRS (precision rifle series), long-range hunting, and new, more capable cartridges, the shooter has required more out of their optic. Today, using riflescopes requires more of a crash course than in previous decades. This series is designed to help the user get the most out of their optic and system. Part two of this series focuses on reticle options for the shooter. To read the previous article about Mils and MOA follow this link. Below is a quick follow up of terms and definitions to help understand the complicated nature of riflescopes.

Before diving into the details of riflescopes, a few basic pieces of information need to be laid out. To start, a scope has three optical systems that need to be defined. First, the objective is the portion of a scope forward of the turrets. Second, the erector is the system forward of the eyepiece to the turrets. Finally, is the eyepiece itself. In each optical system are a series of lenses that directs the image back to the human eye.

Another common term used in optics is aberration. This needs to be defined in order to better understand how light transmits. Aberration is the failure of light rays to converge at one focus point because of limitations or defects in a lens . Essentially, when light hits the first lens of a riflescope, the light begins to bend and refract in undesirable ways. A good scope uses tools to fix the aberration in order to create a clear and bright target picture.

Finally, focal plane. The reticle of an optic can be placed in two different focal planes—one forward of the turret assembly and one rearward. A reticle in the rear focal plane (called second focal) maintains a constant size while moving up and down the magnification range. Front focal—or more accurately called first focal plane—optics have reticles that increase and decrease in size proportionally as the magnification is increased and decreased. The importance of understanding the difference is the intended application, which will be discussed in a future Optics 101.

Reticles: More than a Crosshair

As optics have advanced over the past two decades, so have the reticles they use. Everyone is familiar with a basic duplex reticle. It has a vertical and horizontal stadia that usually is thicker on the edges and steps down in size as it approaches the center. The simplicity and ease of use of this design has been the standard since the inception of optics for rifles. The elevation and windage can be adjusted by use of external turrets that move the reticle in a grid like pattern (not the vertical and horizontal axis individually). Other options existed over the years, mainly designed for hunting, with more advanced reticles being used by the militaries elite units—snipers for instance. Reticle names such as “Boone and Crocket” or “German #4,” and others, are essentially enhancements to the standard duplex. It wasn’t until Nikon’s Bullet Drop Compensating (BDC) reticle that debuted in the mid-2000s that shooters and hunters took notice of other options. Simply, a BDC reticle has holdover points along the vertical axis that represents various distances, with the center of the crosshair usually being 100 yards (though that isn’t always true). Essentially, if your target is 300 yards away and you are shooting a standard cartridge—say 308 for example—the user holds the reticle on the second BDC point. This system worked well enough that Nikon released with volumes of scopes in different configurations to fit a multitude of applications (predator, tactical, and rimfire).

Even with the popularity of BDC reticles, it was not without faults. Most importantly the reticle is fixed in the second focal plane. This means that the reticle can only be used at a fixed magnification, usually the maximum power of the optic (unless you are math whiz and can calculate the holdover points as magnification is changed). Furthermore, BDCs are a fixed solution and do not easily allow change in parameters such as caliber, temperature, and elevation. Ballistic calculators can be used to “adjust” the holdover points, but that removes the ease of 100, 200, 300, and so forth yard points. For the average whitetail hunter in Ohio where shots are regularly taken under 200 yards (and under 100 yards for that matter) the BDC can be a fine solution to aid the hunter.

Companies have tried to fix the problems of BDC by moving the solution to the turret. Leupold does this with their Custom Dial System (CDS). Essentially the user gives Leupold their ballistic and environmental information and Leupold does the ballistic solving and applies that in yard increments on a scope turret that the user then installs. The turret adjustments are not impacted by the magnification of the reticle, they are a constant, therefore fixing an adherent problem with a BDC reticle. Still, if a shooter wants to switch calibers, or goes from hunting deer in Ohio to an Elk Hunt in Colorado, the elevation impact will drastically change the dialing, thus a new turret will be needed.

BDC and CDS optics are still popular today and do work well for a majority of shooters. But other reticles exist today that take advantage of First Focal Plane optics and modern day ballistic solvers.

Christmas Trees: Not Just For Holidays

A common trend among modern optics in the precision rifle community are advanced reticles that allow the user to hold over for elevation and wind based upon the ballistic data provided by ballistic solvers. These solvers use the ballistics of the shooter’s cartridge combined with environmental data input by the shooter (or drawn from something like a Kestral weather meter). Common solvers include Applied Ballistics, Horndady 4DOF, and the Shooter App—all of which can be found in the app store on your smart device. A shooter then can either “dial” or “holdover” from the information given by the solver. For shooting on a bench, without time constraints, dialing is more accurate. However, for competitive shooters or hunters, time is precious. Dialing can slow down the process, thus requiring the shooter to “holdover.” Companies such as Vortex and Leupold fight to provide the shooter the best and most optimized reticle for this purpose. Reticles such as Vortex’s new EBR-7D and Leupold’s PR-2 are quick and efficient, but do not overload the user with information. These are greatly updated over traditional “mil-dot” reticles that were overly simplistic—more so optimized for range estimation—and tactical reticles such as Horus Vision Tremor 3 and H-59 which better serve operators in the field. (Detailed looks at the EBR-7D and PR-2 can be found here). FFP reticles pose to be advantageous both on firing line and in the field. As waves are made in the long range competition, those products and techniques are translating over to hunting, with even new classes of shooting competitions created to mimic field conditions; i.e. NRL Hunter division. 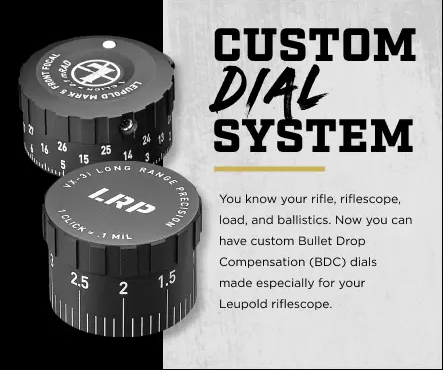 Reticles have advanced tremendously since magnified optics were first used on top of rifles. Of that span, the past twenty or so years witnessed the greatest advancement of optics, rifles, and cartridges. What once seemed to be “long-range” is all but relative. The modern shooter has more choices now than ever before. BDC reticles and CDS turrets are more than adequate for a majority of shooters. For those wanting to push the boundaries, current “Christmas-Tree” reticles on advanced scopes are better options that push the boundaries of what is possible. 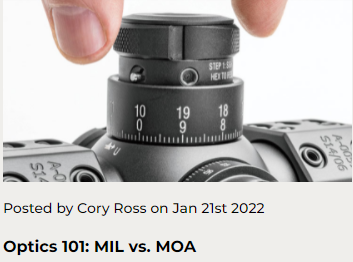 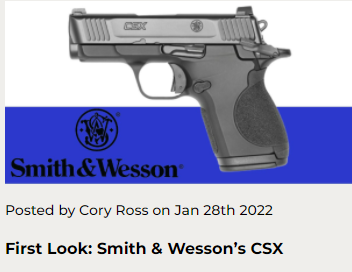 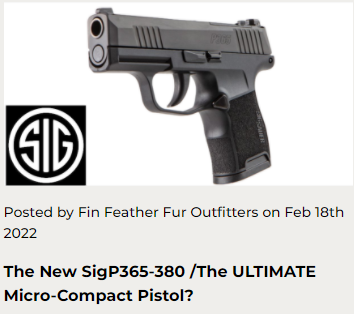 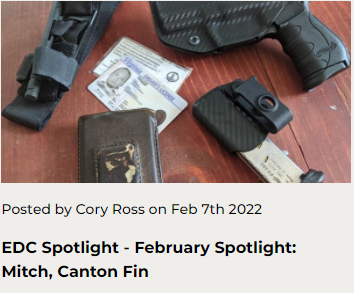