We are fortunate enough to live in one of the nation’s top whitetail trophy producing states. Today’s article is regarding the 3rd largest whitetail taken in 2016 with a straight wall rifle and the young lady that harvested him. We contacted Kiersten and asked if she would be kind enough to share her story. 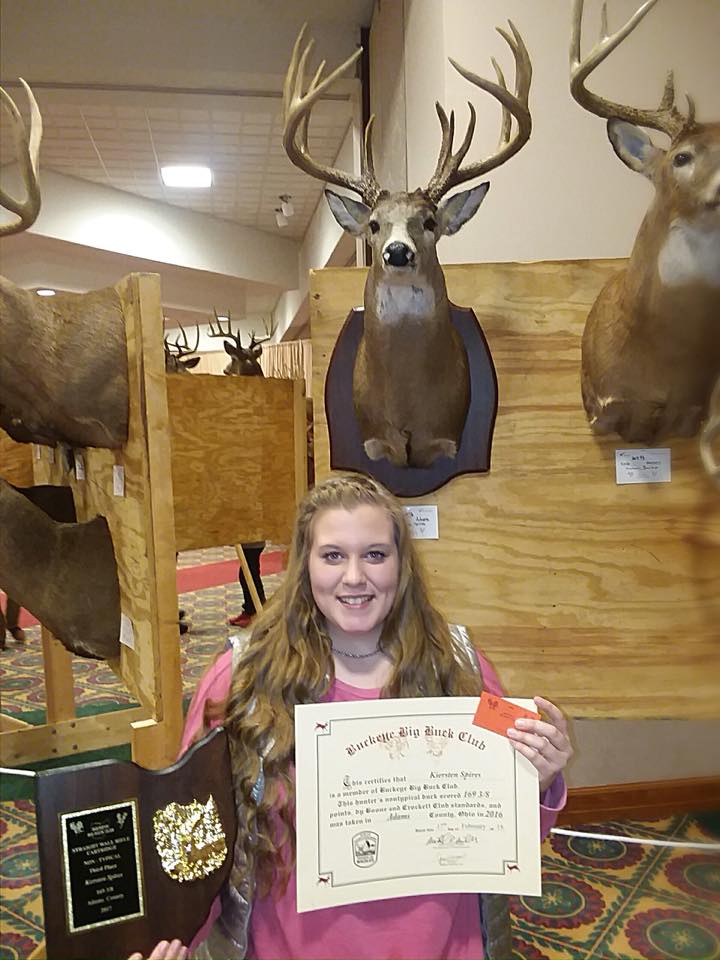 Here is the story as written by Kiersten:
As the final hours of the 2016 Youth Deer Gun Season drew to a close, things were looking pretty grim. I was feeling the disappointment of not using my Ohio deer tag yet again when a huge buck seemingly appeared out of nowhere in the same field I had been hunting for the past four years in Adams County.

I carefully leveled my Ruger 77/357 rifle topped with a Bushnell 3-9x40mm scope, as I could immediately tell that the deer was a shooter and I wanted to take him. I settled the crosshairs on the bucks shoulder. I could see my heart beating in the scope. I held my breath for the shot.


The sound of the .357 broke the silence of the cold November afternoon, and I saw the buck immediately fall to the ground. The Hornady .357 magnum 140-grain FTX had performed flawlessly.


My excitement grew with every step I took towards the downed deer, he seemed to grow larger with every step. It wasn’t until I got my hands on his rack that I realized I had just gotten a true Ohio monster. I had finally gotten the trophy I set out for 4 years ago. I was fourteen years old at the time and had begun hunting the Youth Deer Season with my father when I was eleven.

The buck was officially scored by Buckeye Big Buck after a 60-day drying period at 173-⅝ gross. It went into the record book as 169-⅜ non-typical due to the unusual brow tines on the left side.

The following year we took the buck to the annual Buckeye Big Buck Banquet. I had no idea that I was going to be receiving an award for the deer as The Third Largest Whitetail taken with a Straight Wall Rifle in 2016.

We would like to thank Kiersten for sharing and congratulate her on harvesting such a tremendous deer! It should also be mentioned that Kiersten followed up in 2018 with anther Ohio Big Buck scoring at 140 4/8”. Living in Adams County we may be reading more about this young lady in the future! 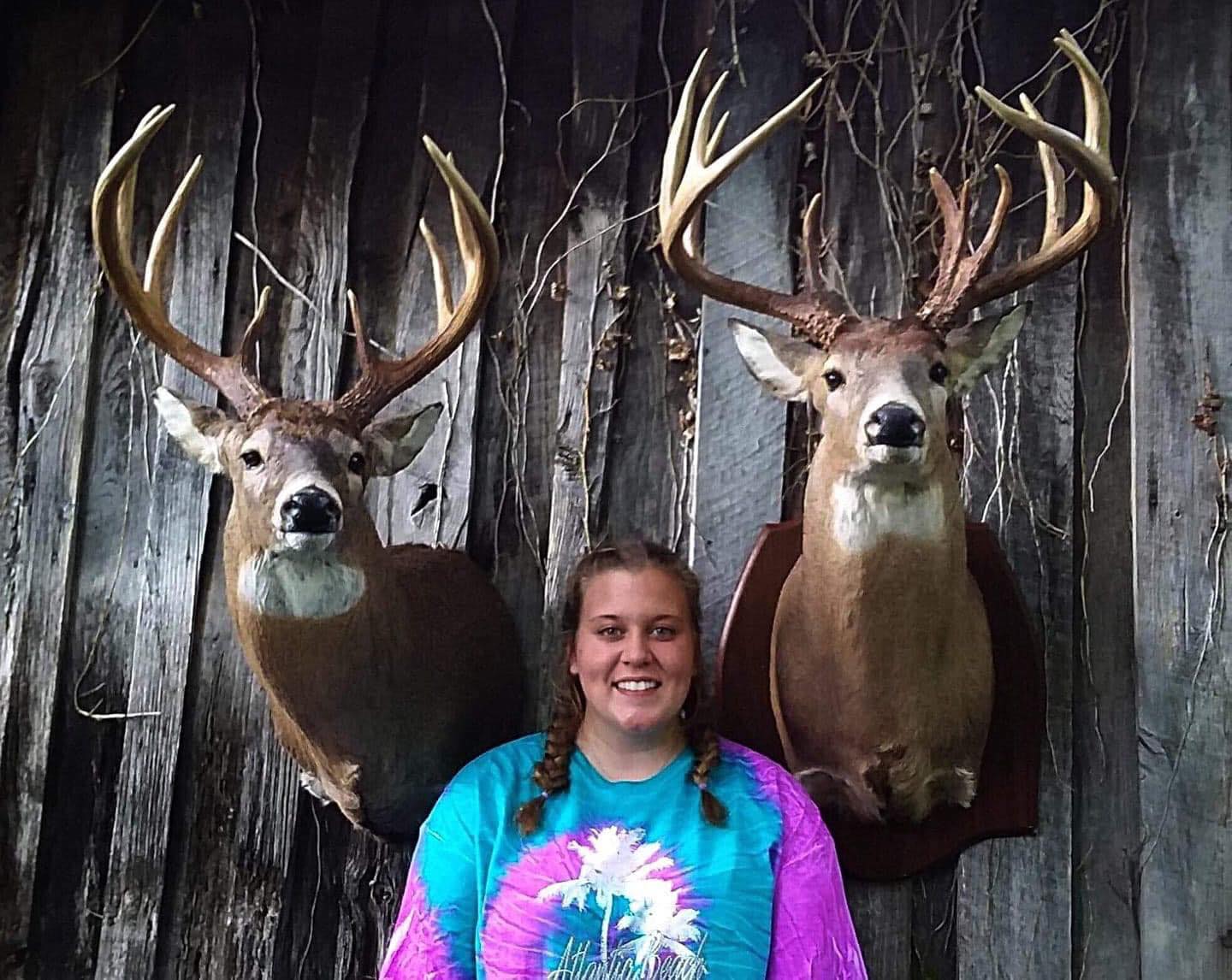