Within each industry there are certain brands that are well known for producing quality products. When we think of the automobile industry, we think about brands such as Mercedes, Jaguar, and BMW. In the Firearms industry brands such as Benelli, Beretta and Kimber are known as top quality brands. In the work boot industry one brand stands at the top and that is American Made Boot company Weinbrenner. Weinbrenner is an iconic brand and well known to all the hard-working men and women in this great nation. Below is a brief history of a great American story.

It all started in 1855 when Peter Weinbrenner started repairing boots and shoes in a very small shop in Milwaukee Wisconsin. In 1878 Peter’s son Albert started as an apprentice cobbler at the age of 13 repairing outsoles.

In 1892 Albert partnered with Joseph Pfeifer and they opened their own store front at 140 West Water Street in Milwaukee. The name of the new store was “Weinbrenner and Pfeifer” 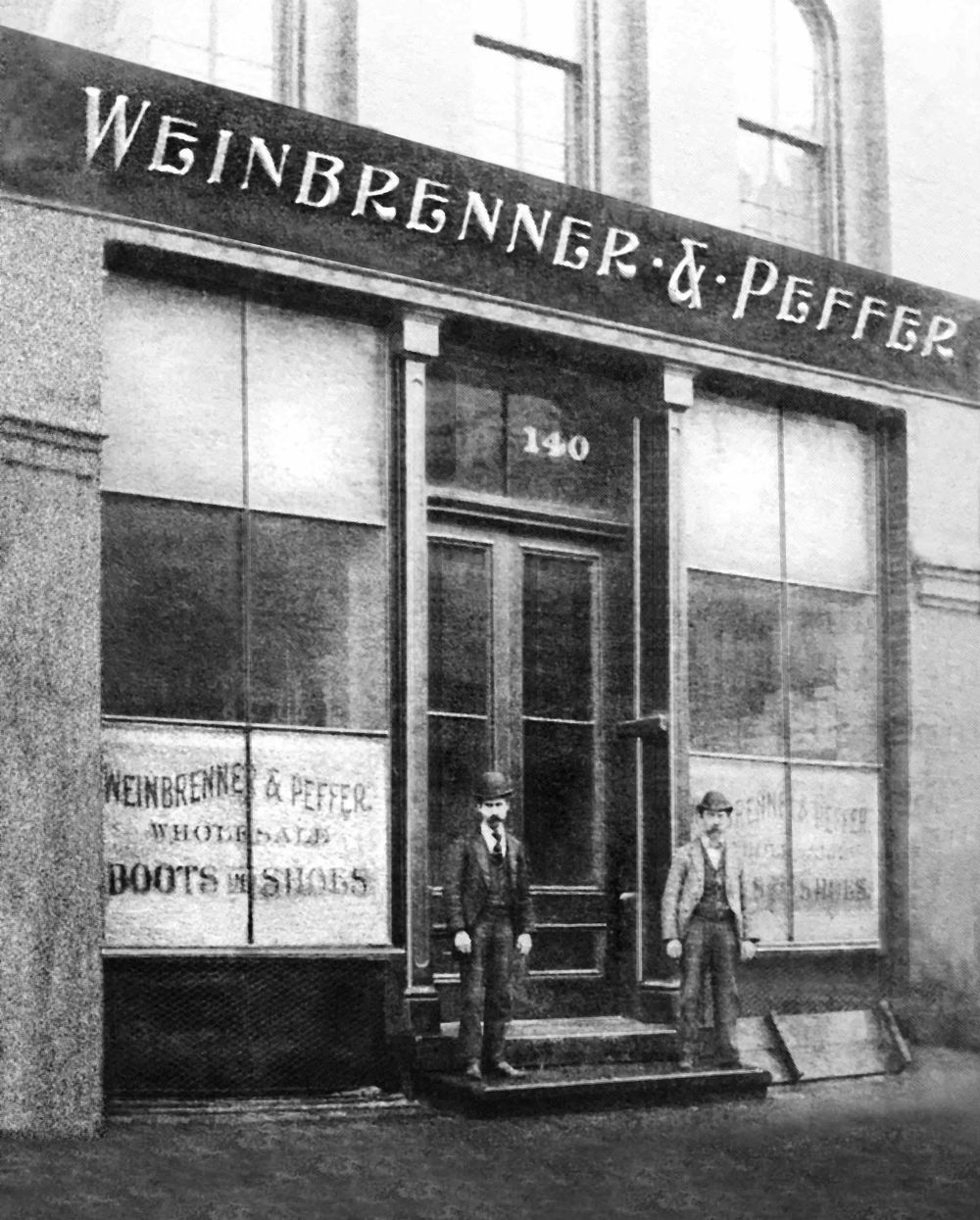 In 1900 the two decided to start manufacturing their own footwear and purchased the Knoll Shoe Company for $1500.00. (Approximately $41,000 today) It is at that point they named the company Albert H. Weinbrenner Company.

By 1905 through national distribution, they were producing 2500 pair a day as workers across America became aware of the quality of boots they were manufacturing. As an interesting side note The Red Wing Boot company was founded in the neighboring state of Minnesota in 1905 as well.


By 1909 they moved into a new 158,000 factory which was very advanced with a self-sustaining power plant in the basement to lower cost of production. It was in fact so advanced that the factory was featured in national architectural publications.

In 1914 the employees at Weinbrenner went on strike asking for better working conditions and shorter work hours. Weinbrenner responded in 1916 by reducing daily work hours from 10 to 9 for all employees. At the same time, they gave promotions to all the foremen. Production grew from 8000 pair per day to 20,000 pair per day. Also, in 1916 Weinbrenner produced their first sales catalog which included woman’s and children’s dress shoes.

In 1917 they introduced what they referred to as “Job-fitted” design and branded the boots as Thorogood. This meant that they were producing specific styles designed for miners, lineman, foundry workers and steelworkers. Weinbrenner was also a major supplier of military boots to the US army during WW 1. It is interesting to note that in 1928 the average retail for a pair of work boots was $7-$8.

Between 1935 and 1941 opened 3 new factories. All three are still in operation today in Marshfield, Merrill, and Antigo Wisconsin. The Merrill location serves as company headquarters today.

In 1943 Weinbrenner’s manufacturing operations were organized by the International Boot and Shoe Workers union. Currently the Locals #688 and #717 of the United Food & Commercial Workers International Union, AFL-CIO, CLC represents the workers.

Today, 130 years later Weinbrenner continues to stand firm and is the largest manufacturer of “MADE IN USA FOOTWEAR” bucking the trend of competitors either moving part or all their manufacturing out of the country. Weinbrenner is an industry leader for quality and comfort and currently manufactures 250 styles of occupational safety work and uniform boots.

We are proud here at Fin Feather Fin Outfitters to be able to offer you the complete selection of currently manufactured Weinbrenner/Thorogood styles in our online store with FREE SHIPPING every day. SHOP THOROGOOD FOOTWEAR Our stores stock select models. Stop in at one of our many store locations today to try on a pair and see what made Weinbrenner/Thorogood the #1 American Made boot