Road to PRS: Divisions and Setup

Precision Rifle Series, like many competitive sports, is broken down into various divisions to help level the playing field and offer more opportunities for people to be involved. New shooters don’t always want to compete in “open” divisions, where the top Pros generally shoot. In open division there is not strict restrictions on the firearms or optics a shooter uses. Here, rifle setups could soar to $10,000. For many people getting involved, dropping that kind of cash on something new is a non-starter. Production division, on the other hand, was designed for new shooters to take an off the shelf rifle and optic and go compete. Here, there are restrictions on cost. From PRS: “Production Division rifles shall not exceed $2,500 USD as listed on the company’s website. The optic shall not exceed $2,500 USD as listed on the company’s website.” Further rules show that the manufacture must be substantiated, with a minimum production run of 50 rifles before being qualified as a production class gun.

For the person getting involved in PRS for the first time, production division is a great route! Many manufactures are now listing and building rifles that fit within the production division parameters. For example, Ruger offers multiple rifle options within the Ruger Precision Rifle (RPR) line that fit these rules. The standard RPR retails MSRP at $1879 (though street price is more affordable) and the RPR custom shop variant comes in at $2499. Other popular manufactures include Bergara, Savage, and Daniel Defense. Manufacturers such as Christensen Arms and Sig Sauer have also recently released models to fit within this category. As for caliber, 6.5mm Creedmoor is very popular within production division. However, 6mm Creedmoor and newcomer, 6mm ARC, are gaining footholds.

Just like rifle manufacturers, optic manufacturers are building and offering riflescopes to fit within the rule parameters. Leupold’s very popular Mark 5HD line comes in between $2099.99 and $2299.99. This optic offers top tier performance for the production category. For more affordable, but still quality options, Vortex offers their Strike Eagle and Venom 5-25x56 at MSRP values of $899.99 and $699.99, respectively. Other manufacturers offering options include: Athalon, Primary Arms, Nightforce, and Tract Optics.

As shown, there are plenty of options for the entry level shooter that wants to get involved with long-range competitive shooting. For our journey, we have chosen to stay within a more reasonable budget and not go straight to the upper echelon of production division choices. 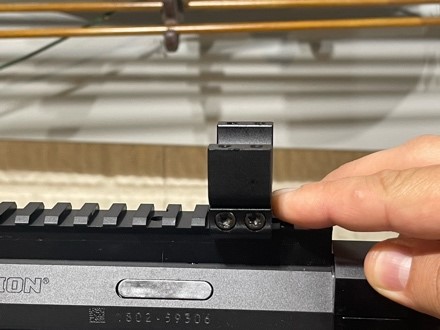 For us, the rifle was the easy part. A RPR gives the shooter a ton of modularity and flexibility without going a custom, or semi-custom route. Creating a rifle that interfaces with many aspects and ergonomics of AR-15 style rifles, means many will feel at home behind this rifle. Ours is chambered in 6.5mm Creedmoor, giving us flexibility when looking for quality factory ammunition. In that regard, we are going with Hornady and their 140 grain ELD-Match load. In our initial date and DOPE (Date on Previous Engagement) sessions, it has been consistent for factory ammo.

The optic was a harder selection, but we ultimately went with the very popular Vortex Strike Eagle 5-25x56 in MIL (for a better understand on MILs vs. MOA, read this previous Venture Out Blog). This option gives us a reticle—the EBR-7C—to easily hold for elevation and windage and a magnification range to make precise shots. Other features include an illuminated reticle, 34mm main tube, and a Switchview throw lever. The optic is mounted to the RPR using a set of Vortex medium-plus height Premier Rings.

To round out the platform we added a Harris BRM bipod attached to an American Defense Quick Detach mount. Depending on the match director, very little shooting will be done with a bipod, so being able to quickly dispense before a stage is important. We also bought from Armageddon Gear one of their Shmedium Game Changer shooting bags. A shooting bag is one of the most important tools in a shooters toolbox. A shooting bag gives the rifleman (or woman) flexibility when “building” a shooting position. This is a must have piece of kit when getting involved into PRS shooting. 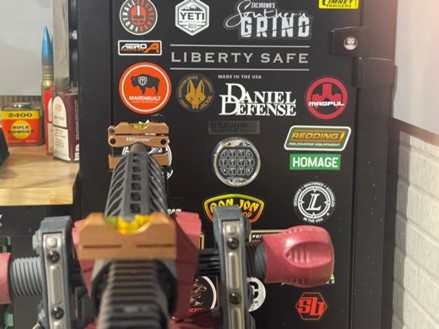 PRS competitions give a lot of flexibility to the individual shooter. Outside of Open and Production division are other categories. These include MIL/LEO, Senior, Junior, Female, Gas Gun, and Tactical. While several seem relatively obvious—based on job, age, or gender—Gas Gun and Tactical limit the shooter in several categories. Gas Gun simply means using a semi-automatic rifle—such as an AR based platform. Tactical limits caliber. Only 308 Winchester and 223 Remington are accepted. Also, there are bullet weight and chamber dimension restrictions to ensure that shooters aren’t “enhancing” the cartridges. The amount of options gives the new shooter a ton of flexibility. Wether old or young, male or female, there is an aspect of the sport to be involved in